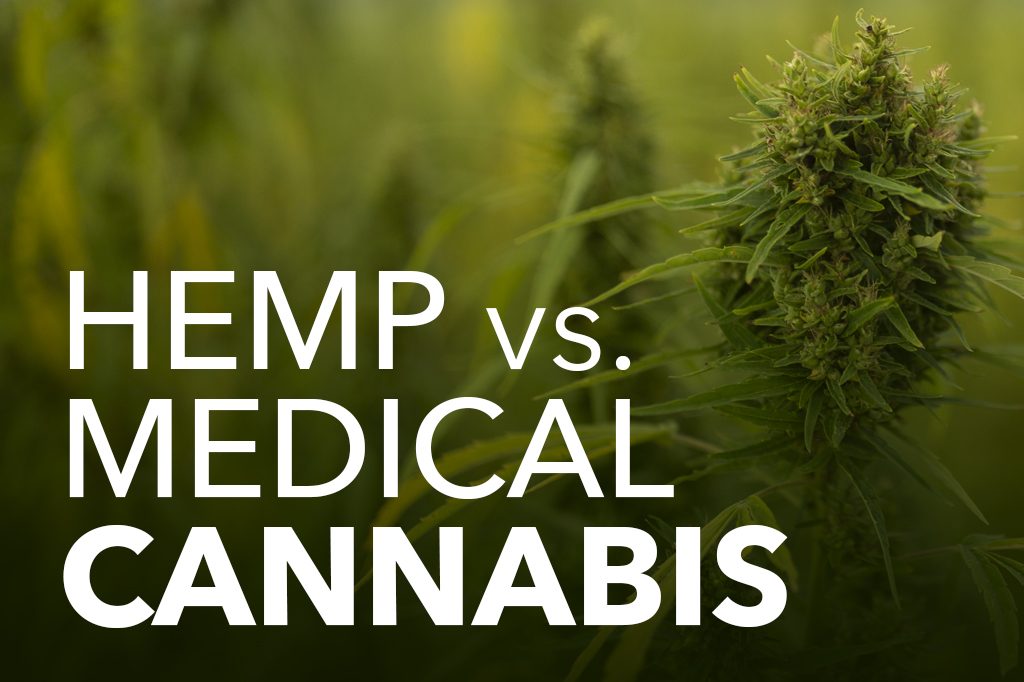 Hemp vs. Weed: What Is the Difference Between Hemp & Medical Cannabis?

Hemp vs. Weed: What Is the Difference Between Hemp & Medical Cannabis?

Cannabis has been used for a variety of health conditions for thousands of years. Today, a growing number of states within the United States allow the use of cannabis for medical reasons, with 32 states currently allowing home cultivation of cannabis, purchase of cannabis from dispensaries, or both.

Medical cannabis, also known as marijuana, is recommended to patients by their doctors. In fact, a growing body of research supports the use of cannabis for medical purposes. Despite a growing body of evidence around cannabis and the endocannabinoid system, the national government still considers cannabis to be illegal. However, the legality of medical cannabis is decided by each state for their own residents.

What is the Legal Status of Hemp and Cannabis in the United States?

Prior to 2014, while it was legal to import, market, and purchase agricultural hemp plants and products, it could not be grown in the U.S. The 2014 Farm Bill allowed for states to create research programs for hemp cultivation for the first time in decades, and the 2018 Farm Bill expanded the program further to clarify that CBD-rich hemp extracts should not be considered a controlled substance. These bills together have paved the way for the success of the agricultural hemp industry and CBD industry, as we know it today.

In the case of medical and recreational cannabis, while some states outlaw cannabis completely, others have made it legal for use by certain types of patients for medical use, or have an age limit for recreational use. Each state has its own approach to qualifications for cannabis use and specific information on state medical marijuana laws can be found online.

Medical cannabis is sometimes confused with hemp since both are considered to have a variety of benefits by some people for improving overall wellbeing. Both contain compounds called cannabinoids, the most well-known of which are cannabidiol (CBD) and tetrahydrocannabinol (THC). Current research on CBD has supported it can be a great tool for healthcare providers and is gaining more recognition in the medical community, as a healthy cannabinoid, and THC, the chemical compound that gives the ‘high’ that cannabis is known for. CBD is considered to be both non-intoxicating and non-psychoactive, meaning it has none of the mind-altering effects of THC.

Medical cannabis, or marijuana, contains both CBD and a THC level over 0.3%, while hemp has CBD but only tiny, negligible amounts of THC. It is this difference in THC levels that separates medical cannabis from hemp. The main thing to remember is this: a medical cannabis plant contains a high amount of THC, whereas an industrial hemp plant must contain effectively none.

Because hemp contains the beneficial compound CBD without being accompanied by the intoxicating effects of the compound THC, it is available to a much wider variety of consumers than medical and recreational cannabis. CBD is considered by some to provide many health benefits, without the mind-altering effects. Put simply, CBD is the “decaf” cannabis product. This makes hemp popular as both a food and as a health or beauty product. Hemp and CBD products, like hemp balm, are widely available throughout the United States, and millions use them every day to gain their health benefits.