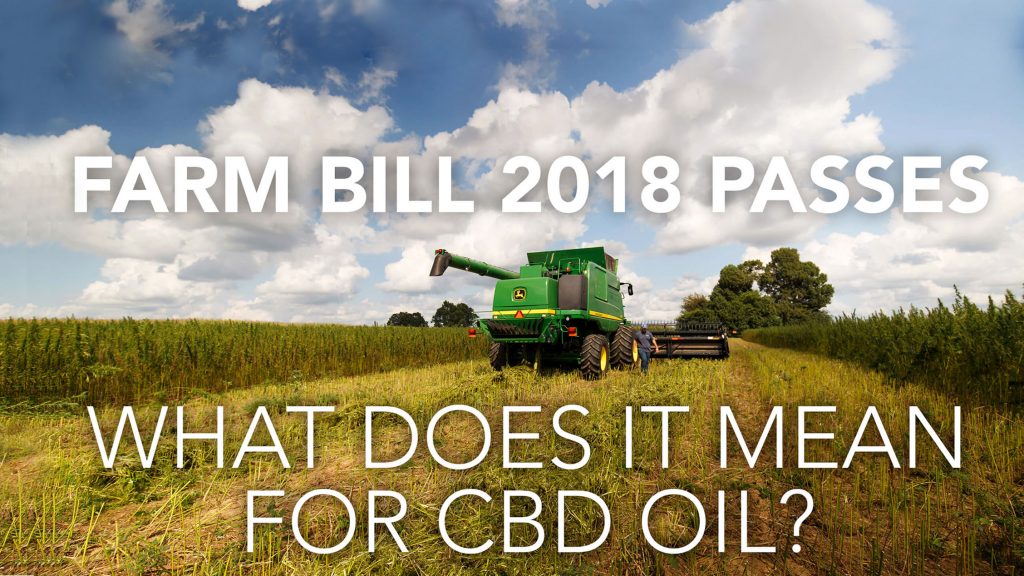 In December of 2018, a Farm Bill permanently legalizing hemp was passed through the United States Senate and House of Representatives. The bill was passed with overwhelming support, marking the significant shift that has occurred over the last decade in how hemp is perceived by both the government and the general public. The Farm Bill House/Senate Conference Committee released an official 807-page report on the bill; here we have collected some of the major ways that the passage of the Farm Bill will affect the hemp industry.

The passage of the Farm Bill is wonderful news, not just for consumers interested in purchasing and using hemp-derived CBD products, but for farmers, producers, and small businesses. People who have not had access to hemp products for legal reasons will now be able to purchase it. Farmers and entrepreneurs who saw the potential of what hemp could do for our communities can now invest in hemp without limitation. The era of hemp prohibition is now over, and we look forward to how this will positively affect not only the hemp industry, but those who have personally benefited from hemp and the possibilities it holds for your health and well-being.

To stay up to date on the hemp industry and state-specific legislation, visit www.hempsupporter.com and join the mailing list.