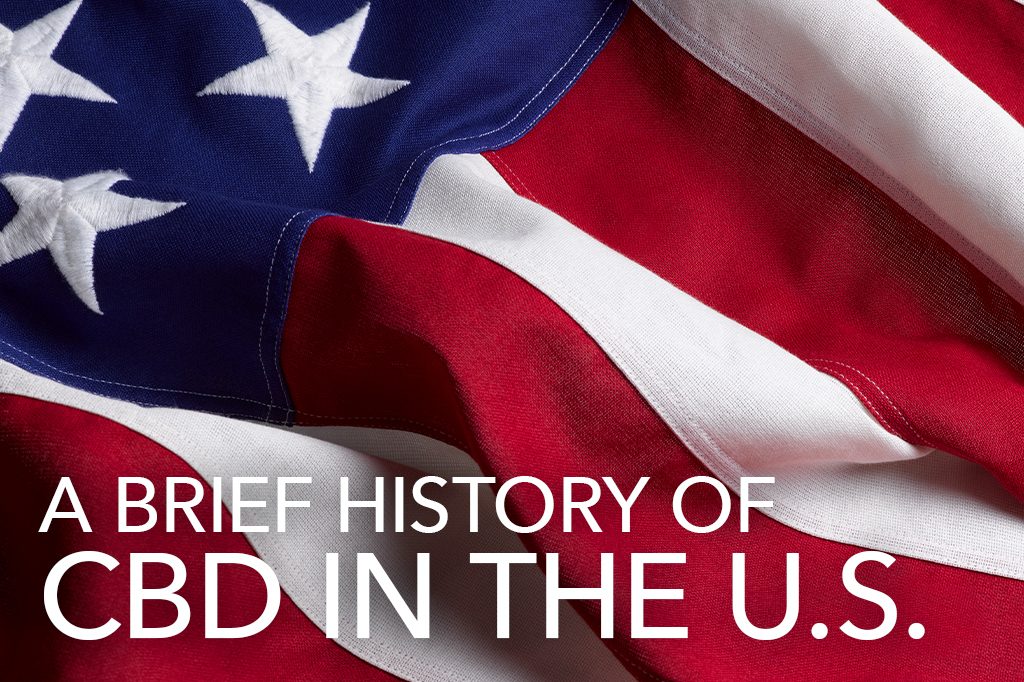 A Brief History of CBD in the US

According to a recently released EIN report, the CBD industry is expected to hit a 44.1% compound annual growth rate (CAGR) by 2024. From being relatively unknown in 2014 to being Google searched 1.5 million times per month in 2019, everyone’s favorite non-intoxicating cannabinoid is becoming a household name.

But how did we get here?

Today we’re answering that question and more with this brief look into the history of CBD. Keep reading for the origins of CBD and hemp, how CBD became popular in the US, and what to expect for the future of this booming industry.

The Origins of Hemp and CBD

It’s safe to say the hemp industry is one of the oldest in the world. CBD is derived from hemp, which was used to make fabric as early as 8,000 BC. The father of ethnobotany, Dr. Richard Shultes, guessed that if cannabis wasn’t our very first domesticated plant, it certainly was one of the first.

It was around this time that Haagen-Smith et al. discovered something surprising. Unlike THC, they found that CBD is non-intoxicating and doesn’t cause the same “high” associated with cannabis use.

While this fact intrigued researchers and they spent the last decades researching the molecule, public interest in CBD remained low. That is until the 2014 Farm Bill was signed into effect.

US Federal Legalization of CBD

On January 27th, 2014, the newest US Farm Bill included a short section that established a distinction between industrial hemp and intoxicating marijuana. According to Section 7606, industrial hemp is defined as any cannabis plant with THC levels of 0.3% or less.

State legislation soon followed the Farm Bill’s lead, making it easier for scientists to research the benefits of CBD.

And research they did.